Are you an NBA fan whose beloved squad didn’t make the Finals?

Unsure as to whether Cleveland or Golden State deserve your half-hearted support?  Is J.R. Smith’s Space Cadet sideshow distracting you from deciding?

Well, it probably comes as no surprise that, due to a severe case of Dellavedova bias, we abstain from even attempting to present an objective argument as to which team you should emotionally invest in for the remaining games.

What we can say, with very little certainty, is that you may not be alone in your indecision.  Who else could possibly be facing this same predicament, you bark?

Well, how about the guys who gave anywhere between 57 and 110% for BOTH organisations during their playing careers.

Has anyone asked these conflicted souls how they’re going?

Anyone wondered why they’re sitting in the neighbour’s tree listening to Natalia Imbruglia instead of watching compelling Finals basketball?

We hope you take some solace in the fact that others, significant others, are dealing with the same difficult choice.

For your reference, below is the Locker Room’s unofficial all-time Golden State Cavaliers roster.

Jersey retired by both clubs, averaged a 20/20 for an entire season (’67-68), invented the quadruple double, arms.

A pro. Dropped 50 on two occasions. Swapped hats with Vince Carter in ’98. 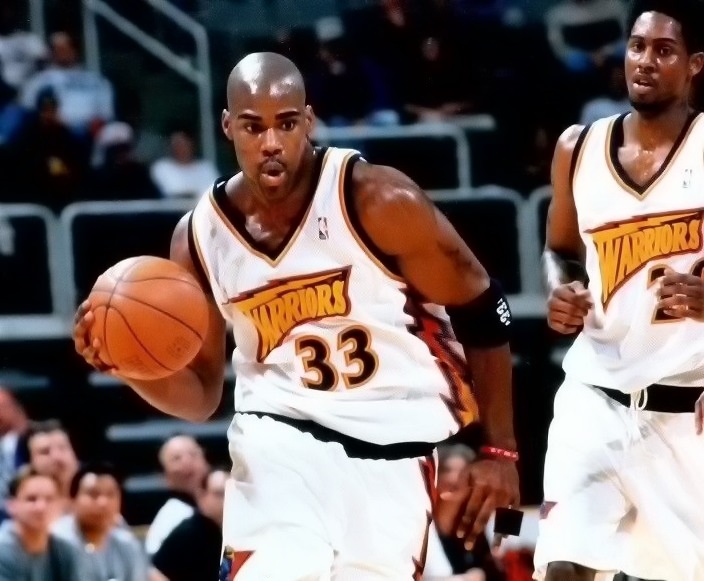 In 2002, Chris Mills tried to fight the entire Jail Blazers roster in an incident that we have affectionately dubbed “Fight Bus”. HE USED HIS OWN CAR AS A BLOCKADE. It’s this type of attitude that wins championships/results in unscheduled handcuffing.SG: World B. Free (162, 275)

Larry Hughes: Scored 40 points for both clubs. Took Kelly Rowland to the movies.

Bob Sura (186, 330): Turned into Oscar Robertson one time, albeit playing for Atlanta. Never had a bad haircut.

1. Not included on this list are the two current Warriors players who have played for the Cavs (Livingston and Speights).

2. Chris Gatling is not included for obvious reasons. Jim Jackson is also not included due to it being our list.

3. Tony Massenburg would have started had he played for the Cleveland Cavaliers at some point during his incredible career.