With the fun of the draft, Summer League, free agency and the Rio Olympics behind us, you’d be forgiven for thinking there’s no need to think about fantasy basketball for a while, right? Wrong.

There’s no time to get complacent for those who play in a dynasty or keeper league format. No, now is the time to start planning in earnest.

You’ve probably had your rookie draft already, or maybe you’re about to, but either way you need to get a handle on the value of your guys. A lot has changed since my last rankings in May, so ask yourself the following questions.

Is my team balance right? What can I expect out of my returning players? Should I work through some trade possibilities? And if I can’t keep everyone, then who should I throw back into the free agent pool? Finally, what kind of impact can I expect from those rookies I just drafted?

I can’t answer all of those questions for you, but I sure can help.

Of course, every dynasty/keeper league has a different format or rules around how many players you keep. Some keep everyone year on year, only allowing space for incoming rookies, while others keep as few as three players each season.

Whatever your format, this updated list should help you decide how to manage your roster heading into next season.

A few housekeeping rules before the rankings:

2) Age matters. In a keeper format, would you rather three or four more years of LeBron James or 10 more years of Kawhi Leonard? Youth wins out nearly every time.

3) Once again, position scarcity was barely a factor. You’re keeping Myles Turner over Brook Lopez in nearly every format even if there are eight power forwards ranked higher.

And finally, a caveat.

4) These rankings are current as of September 8, 2016. With training camp and preseason games to come, plus a few free agents still out there, these may need a slight tweak before the season starts, but as always, I’ve tried to address any uncertainty in my comments.

A couple of comments from my last ranks:

I listened to your feedback on guys like Karl-Anthony Towns and Giannis Antetokounmpo. I also didn’t always agree, with guys like Steven Adams (you know who you are). Adams is a polarising fantasy player, especially in a dynasty format, for the following reasons:

-         His playoff per-36 numbers are barely up from his regular season per-36 numbers, so some of that can be explained by shorter playoff rotations, meaning more minutes

-         His fantasy value is really limited to strong field goal percentage and rebounding. He’s not an elite shot-blocker and has a limited offensive game

-         However, with Serge Ibaka gone, many expect him to make the leap this year based on his play in the postseason

I personally take a more conservative view. I’m wary of judging folks by postseason play alone (cough cough… Jerome James… cough cough… Bismack Biyombo), so I’m reserving my judgment until we have a larger sample size. That’s not to say Adams won’t keep improving, but his fantasy impact is being overstated for mine.

Without further ado, here are my updated 2016 dynasty rankings. 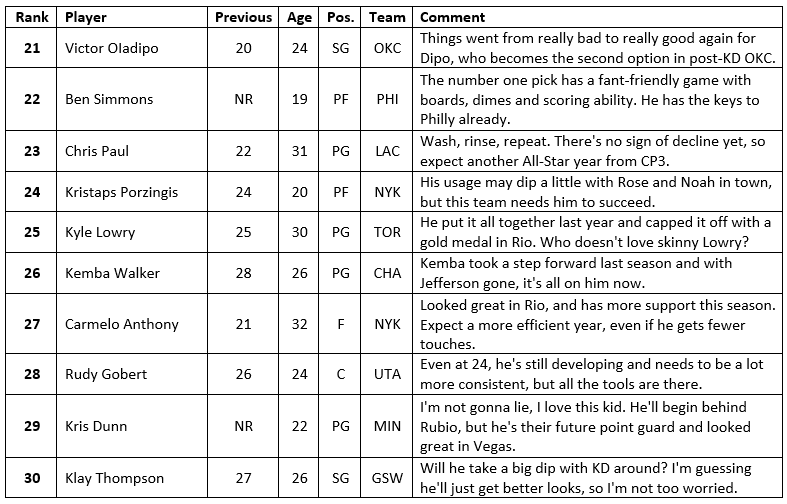 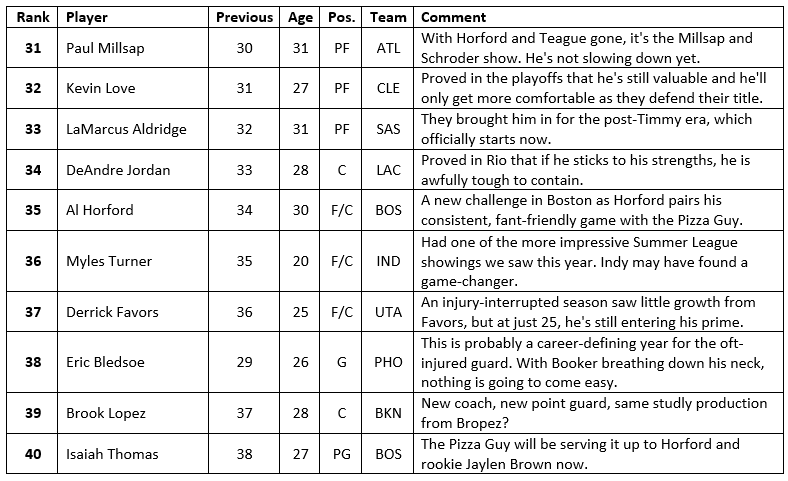 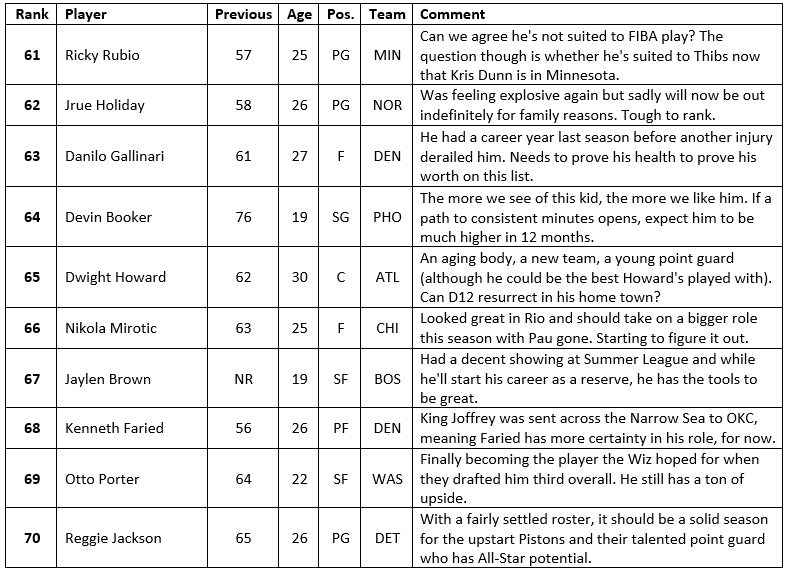