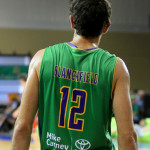 Where will Todd Blanchfield be three years from now? Will he be still running around with the Townsville Crocs? Will he be a Boomer? An Olympian? A European star? Even an NBA player? Those who are closest to Blanchfield, especially Crocs coach Shawn Dennis, believe the sky is the limit for the Mackay native who at just 23 year old… END_OF_DOCUMENT_TOKEN_TO_BE_REPLACED

One of the great stories of 2014-15 has been the rise of Jimmy Butler. A career 11ppg scorer, Butler is currently ticking along at a touch over 20ppg and just got done torching the Lakers for 35 (equalling his personal best). His big night included 18 free throw attempts, a huge total for the average shooting guard, but totals like… END_OF_DOCUMENT_TOKEN_TO_BE_REPLACED

For centuries, the humble list was the Interweb’s weapon of choice for neatly collating and ordering like items. Make no mistake, we loved a good list. In fact, the mere suggestion of a list would have us eagerly clicking through - whether it be to challenge the ranking*, to scrutinize the author’s credentials/profile pic or to bask in the napalm-like warmth… END_OF_DOCUMENT_TOKEN_TO_BE_REPLACED

The basis of pick and roll defense, no matter how advanced it has become, always boils down to a simple choice - to go “over” or “under.” At all levels, the defender guarding the ball has to pick his poison. Try to follow your man over the screen and risk getting burnt for a layup, but duck under it and… END_OF_DOCUMENT_TOKEN_TO_BE_REPLACED

Each week NBA Australia‘s stable of experts, which includes Downtown’s Liam Santamaria, takes a close look at the big issues in the NBA. We’ve reached the halfway point of the season, so it’s time to go into prediction mode… Last week, the Starting Five cast their eyes over the Eastern Conference and were tasked with picking an eventual winner. This time, they have… END_OF_DOCUMENT_TOKEN_TO_BE_REPLACED 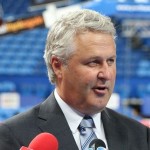 Tommy Greer and Liam Santamaria break down all the action from Round 16 of the 2014/15 NBL season. The boys also chat to the new Chairman of the NBL Board, Graeme Wade, about the league’s expansion plans, the progress of the league’s broadcast negotiations and the future of the Townsville Crocodiles. All that plus BT in the Box, Studs & Duds, The Truth… END_OF_DOCUMENT_TOKEN_TO_BE_REPLACED

Jenna O’Hea is a two-time WNBL champion and current member of the Seattle Storm in the WNBA. She played for the Opals in the 2010 World Championships and 2012 Olympics.  This year, Jenna has taken her game to the EuroLeague for the WNBA off-season where she is currently averaging 8.3pts, 3.3reb and 2.3ast in 28min per game for French team… END_OF_DOCUMENT_TOKEN_TO_BE_REPLACED With the All Star break fast approaching, it’s about time we checked back in with our seven NBA Australians to see how they’re getting along. Consider this their mid-year report cards; graded on their performances as compared to our pre-season expectations. So… how did your favorite Aussie fare?   Joe Ingles: A+ His late departure from the Los Angeles Clippers… END_OF_DOCUMENT_TOKEN_TO_BE_REPLACED

Ka-Kaw! Ka-Kaw! The doubters are fading while the believers have been out in full force singing the praises of the Eastern Conference’s best team. Mike Budenholzer’s Atlanta Hawks are the hottest team in the NBA right now. They’ve now won a franchise best 15 straight games dating back to December 27 and 20 of their past 21 games if… END_OF_DOCUMENT_TOKEN_TO_BE_REPLACED

When the original Back to the Future movie – which celebrates its 30th Anniversary this year – ended with this scene, it captivated our imagination. Were they really going to travel to the future? What would it be like? How would the world have changed? Of course, we had to wait 4 years for Back to the Future Part II… END_OF_DOCUMENT_TOKEN_TO_BE_REPLACED